In 1988, the then-director of the Art and Exhibition Hall of the Federal Republic of Germany asked Michael Erlhoff to develop a concept for a large design exhibition. At that time, the Bundeskunsthalle, as the institution is usually referred to, still had significant financial resources to realise such projects.

Michael decided to plan and implement a comprehensive exhibition on the two most significant cultural contexts of design after 1950: Italy and Germany. Some people from both the Italian and German design scene fervently criticised this idea immediately because the Italian side thought this was just to demonstrate the supremacy of German design and the German side suspected the exact opposite.

For the exhibition architecture, Michael got on board Zamp Kelp and Volker Albus. He also developed a concept whereby the individual designers or design studios were given an ‘island’, or, in other words, a stand-alone platform within the very large exhibition hall (the islands came in different sizes with a diameter of 2, 3 or 4 metres). The walls of the exhibition hall were reserved for graphic design. 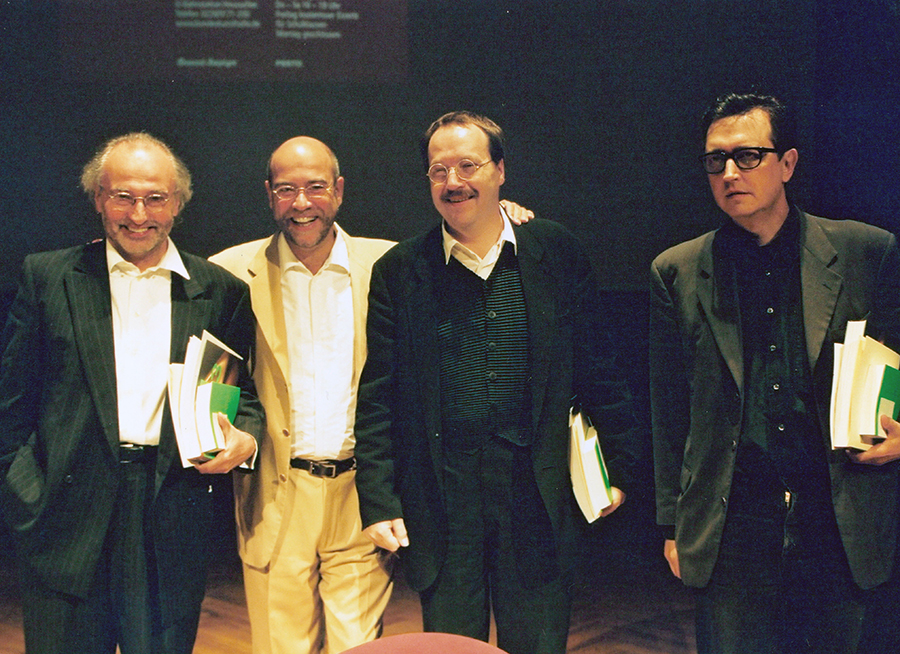 Michael had very extensive conversations on the respective presentations with all those who were invited to participate. Additionally, design from the former GDR was presented on a special gallery floor. In a very comprehensive catalogue, a number of authors discussed the diverse cultural, social, aesthetic and economic backgrounds of the development of design in the respective countries.

The title “4:3” was, obviously, a reference to one of the most nail-biting and strange football matches: Italy vs. Germany at the 1986 World Cup in Mexico. This was also the inspiration for Italian designer Andrea Branzi to suggest that he and Michael should put together football teams for Italian and German design. Additionally, there was a large circular bench with an artificial lawn that rotated around two monitors: one featuring the German commentator, the other the Italian one.

About 200,000 people came to see the exhibition and there were very many reports on TV and radio, as well as coverage in magazines and in the daily press.