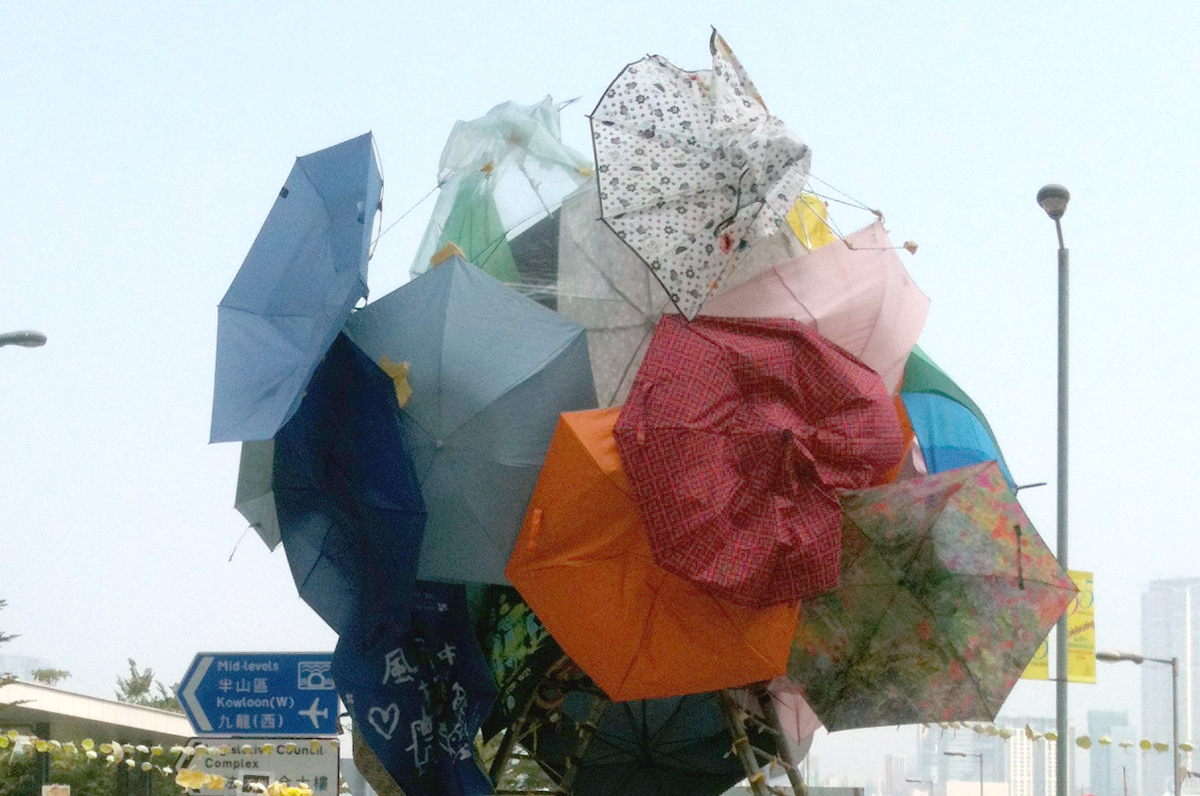 When invited by the design department of the Hong Kong Polytechnic University (PolyU) in October 2014, we immediately were brought into the center of the protest movement, known as “umbrella movement”. Unlike the protests starting in 2019, the umbrella movement was peaceful and full of phantasy, and lasted more than 3 months. And design (especially by PolyU students) played an important role.