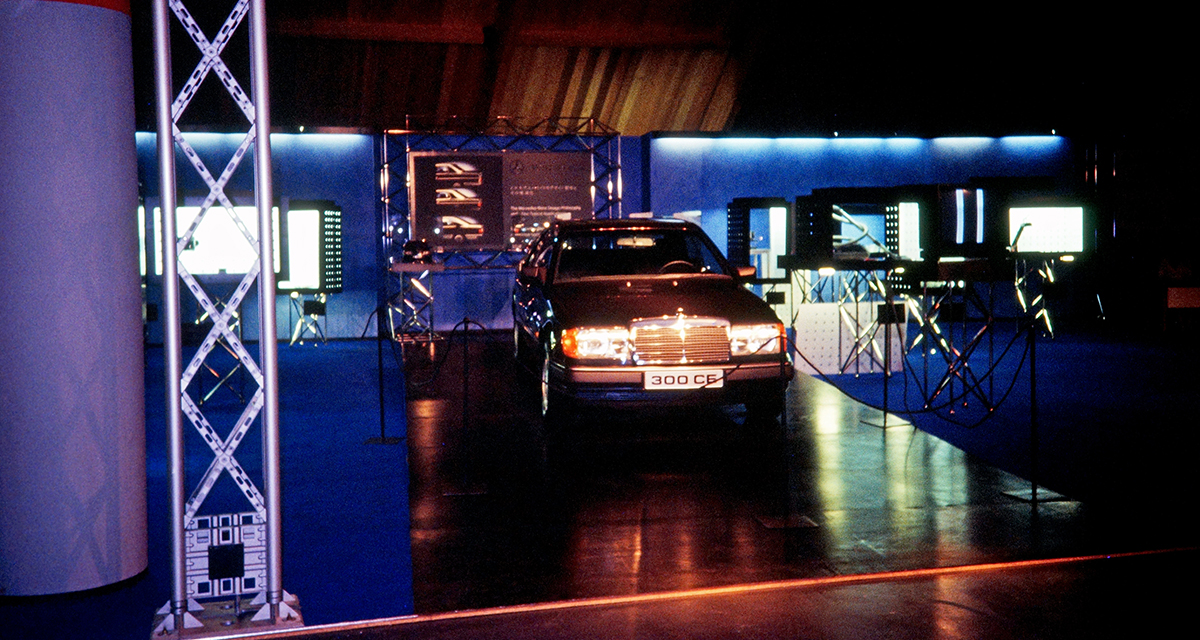 In 1988, the first World Design Expo (the only one in this particular form) took place in the Japanese city of Nagoya (‘Toyota City’). After some discussions with the Japanese organisers, Michael Erlhoff (at that time CEO of the German Design Council), decided to conceptualise and implement the exhibition of German design in the ‘International Pavilion’.

German companies were invited to present products selected by the German Design Council (and to finance the exhibition). Zamp Kelp was responsible for the exhibition architecture and Wolfgang Laubersheimer developed the design of the display system. Together, they designed the 300 square metres of floor space in such a way that the (real product) exhibits appeared as if they were shown on screens or, regarding the cars from the major German brands, as if they were speeding through the screens and into the real space. This was accompanied by a special sound design: for half an hour, one could hear sounds from German highways (Autobahn) and for another 30 minutes sounds from German forests. The soundscape was very subtle, yet quite impressive. The Japanese organisers also asked Michael to officially open the International Pavilion together with the famous Japanese designer Kenji Ekuan.