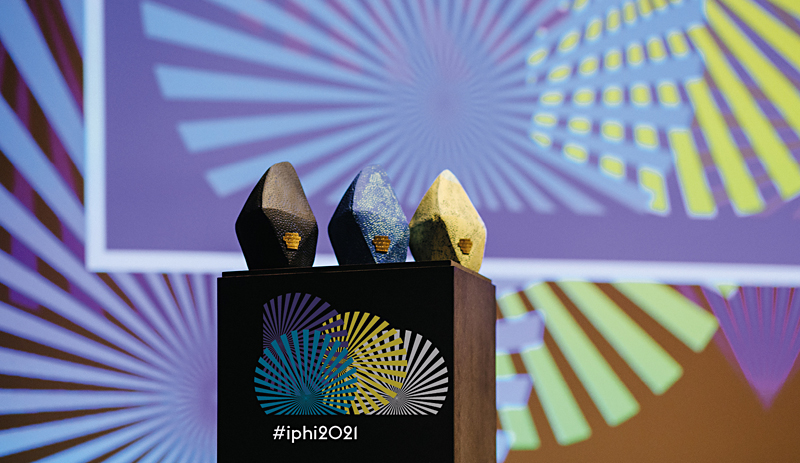 The iphiGenia Gender Design Award – or “iphi” – for outstanding gender-sensitive design will be presented on 25 November 2021 at the Cologne Museum of Applied Arts (MAKK). The award ceremony at the MAKK will be livestreamed at 7:00 pm CET.

Since 2017, the international Gender Design Network has recognised the winners of the iphi Award for outstanding gender-sensitive design with a trophy whose shape is based on that of a starfish. “Starfish can adapt their gender to their age or their environment,” says Isreaeli designer Naama Agassi. Thus, the starfish was the inspiration for the coveted handmade trophies made of porcelain. 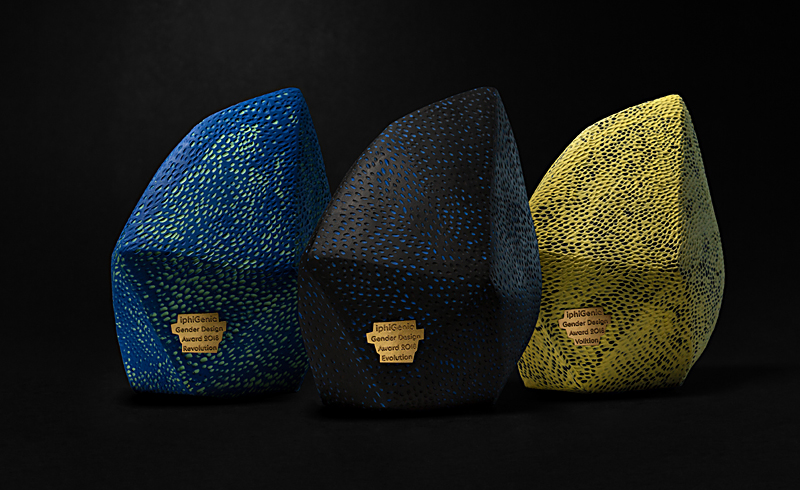 This year, a total of five iphi Awards will be presented to designers from the USA, Switzerland and Germany. The themes of this year’s winners are: creative empowerment, gender-sensitive typography, feminist hacking, tech fellowships and gendered food culture.

The award is presented and organised by the “international Gender Design Network/iGDN”. Awarded for the first time in 2017, the design prize honours those designers and companies whose gender-sensitive design work is trend-setting and innovative in ensuring more equality among genders. The network is supported by sponsors such as KölnBusiness Wirtschaftsförderung GmbH and the MAKK.

The audience will learn more about the award winners and about the background of their work in short talks which are part of the interactive online award ceremony. A refreshing supporting programme will provide variety by looking at an essential aspect of celebrating together in a gender-sensitive way: Drinking. Can drinking be sexist? What kind of fanciful expressions does the language around drinking bring forth in music and prose? We and the winners will talk about this and the audience will have the opportunity to participate via chat.

The jury has named the following award winners for their outstanding gender-sensitive design work:

In the category “Evolution” we honour Jessica Walsh (New York, USA) and her agency “&Walsh“, which is dedicated to comprehensive gender-sensitive design and the creative empowerment of women and non-binary people.

Jury statement: “Jessica Walsh is not only a courageous and committed entrepreneur, but above all, we are impressed with her creative reflection of social aspects and with her activism. Her work engages the viewer in a playful way with powerful, sensuous design and a fine sense of humour. 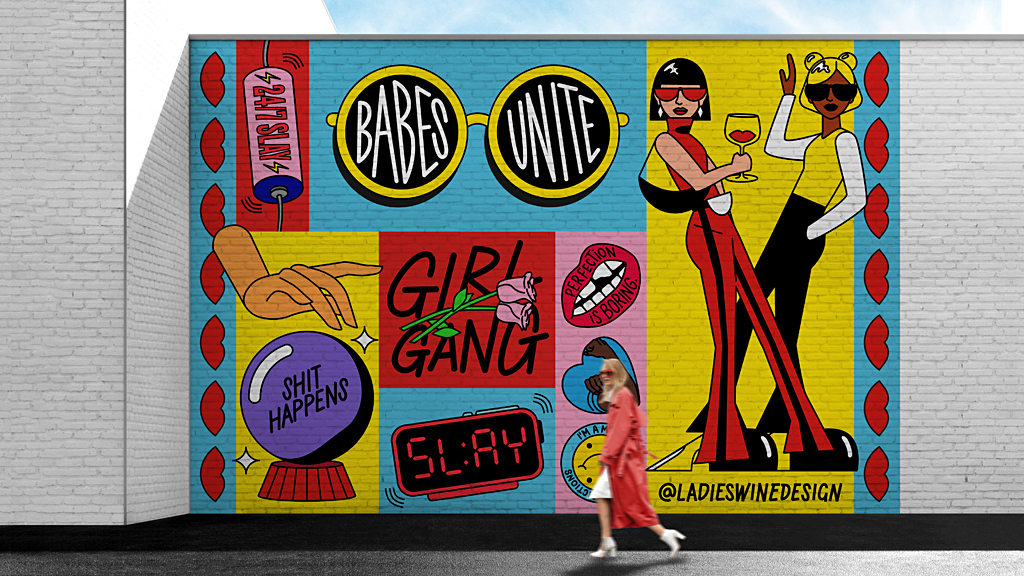 A particularly outstanding example of her charisma and reach is her empowerment initiative Ladies, Wine and Design, which empowers and supports creative women in 300 cities around the world through mentorships, portfolio advice, talks and meetups. – Jessica Walsh is a true design star and a role model for many creative women and non-binary individuals around the world.”

In the “Revolution” category, the iphi 2021 goes to SUPERRR Lab (Berlin, Germany), a laboratory and community working in the field of digitisation and technology that pushes forward visions and projects and challenges existing paradigms with the aim of creating a fairer future. 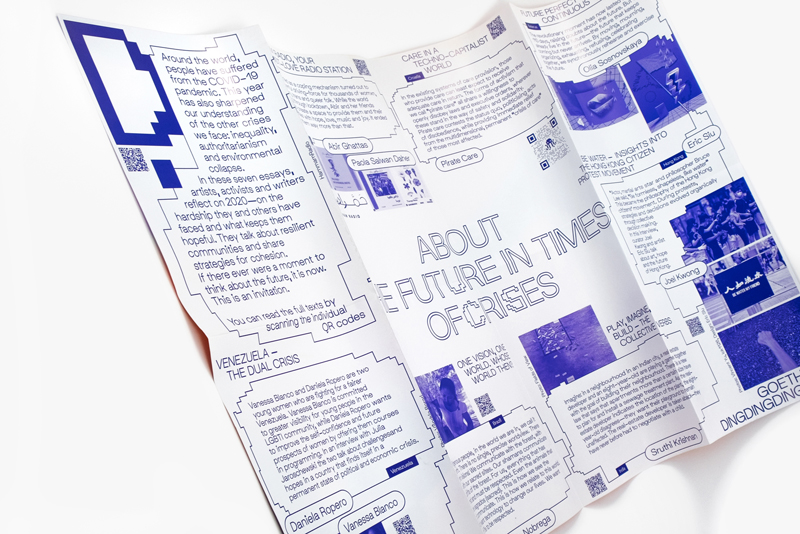 Jury statement: “The jury was thrilled with the overall visionary approach and the fact that gender sensitivity is firmly embedded in the lab, as well as with the stimulating design and communication with which SUPERRR raises and addresses feminist* perspectives on current technological developments and futures.

SUPERRR engages in projects ranging from the Feminist Tech Fellowship and the creation of collective discussion spaces such as ‘Virtual Screening Coded Bias’ to fostering a community of female, trans and non-binary people in art, science, technology, activism and more.

In their own words, “Superrr is playful, visionary and feminist”. Therefore, the jury thinks SUPERRR is undoubtedly instrumental in promoting the intersection of culture, feminism and technology within the current discussion on digitization, gender and diversity.”

The “Volition” young talent award goes to Laura Haensler for her project “Chips & Cheats”, which takes a close look at our eating behaviour and its gender-specific coding. (Zurich University of the Arts, Switzerland / Master Trends & Identity). 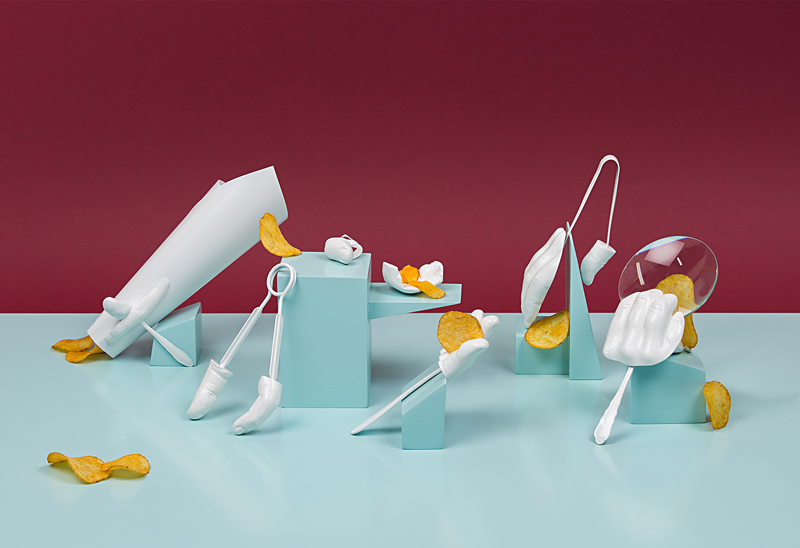 Jury statement: “Chips & Cheats deals with the interdependent relationship between food and gender, using the example of crisps: A six-piece cutlery set makes culturally and socially constructed eating behaviours and gender-specific codes visible and tangible in an exaggerated way.

Laura Haensler is an independent designer and a research assistant at the Zurich University of the Arts. She conducts research in the field of gender and design, and is particularly concerned with the topic of food in this context. Since 2019, together with composer Stephanie Haensler, under the name LAUTESkollektiv she has been realising interdisciplinary projects at the interface of contemporary music and design.

Another young talent “Volition” award goes to Marie Dietze for her work “Assembling Fragments – Exploring Feminist Modes of Hacking through Design“, which was produced as part of her Master’s degree at the Potsdam University of Applied Sciences and her work in the Critical Maker Culture research group at the Berlin University of the Arts/Weizenbaum Institute. 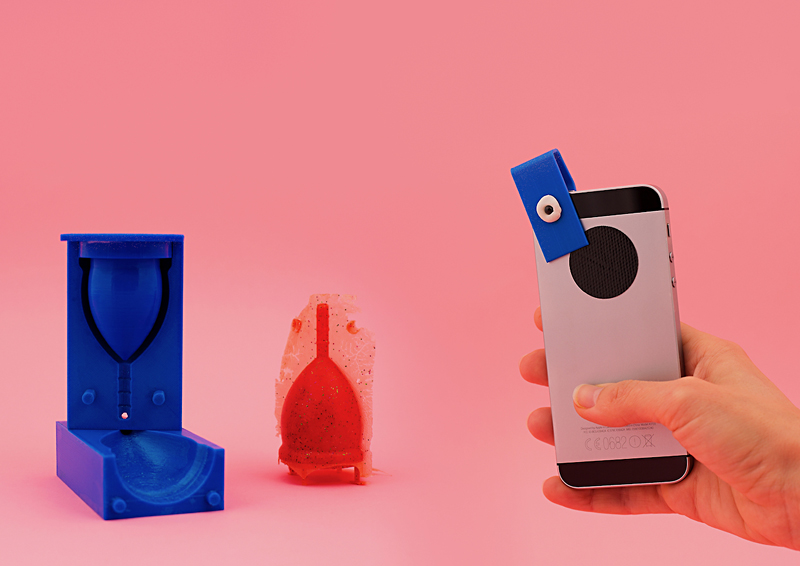 Jury statement: “The work addresses issues of design in the context of sexual health in a critical and playful way. It is not only about what is done for gendered bodies: it also asks who is allowed to be part of this process in order to take back control of body data and attain self-knowledge. As a participatory do-it-together (DIT) approach in workshops („Let’s Spit Hormones“ und „Make Your Own Menstrual Cup“), it encourages a feminist attitude towards open hardware.

The work was created in close collaboration with h/activist colleague and software developer Marie Kochsiek. It opens up a space to engage with taboos while stimulating debates about intimate technologies, body sovereignty and design beyond essential gender norms. Design as feminist hacking is a tactic of critical collectivity that demonstrates the limits of power through the process of “open-source commons-based making”.

Hannah Witte receives the “Volition” young talent award for her book Typohacks, which was written as part of her bachelor thesis at the Folkwang University of the Arts in Essen and will be published by form Verlag later this year with the support of the editor-in-chief of form design magazine. 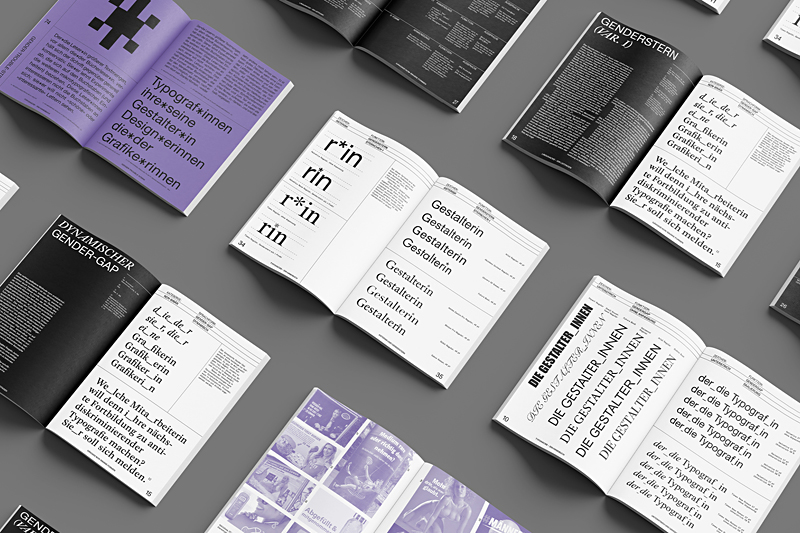 Jury statement: “Typohacks, the handbook for gender-sensitive typography in the German language, unanimously impressed the jury because of its topicality. The work provides a comprehensive introduction to both the current methods of gendering and the discourse on anti-discriminatory language. Understanding the use of gender-sensitive language as a creative, typographical task is an important and new perspective for designers. The work addresses the topic holistically: in addition to practical examples, it deals with current questions about the power of language and the political responsibility of designers, thus providing impulses for design practice as well as for the current debate”.

Our award winners press release, as well as first impressions of the award-winning projects are attached. High-resolution press images are included in the press kit available at https://iphi-award.org/press/.